An Ode to Johnny 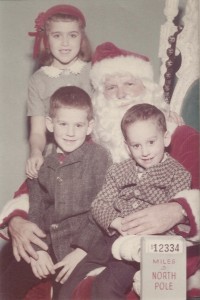 Last June I wrote several posts about death. (You can read them here: Death Comes in Threes (Or More), Staring Into the Abyss, and Saying Goodbye.) In short, a friend’s husband died of cancer as did a fellow autism mom. Another friend also died. Plus my former brother-in-law suffered a traumatic brain injury and was not expected to live.

It was a whole lot of death in a too short period of time.

My former brother-in-law, however, did something unexpected. He lived. (That’s him to the left of Santa with his older sister Debbie and younger brother Michael, Christmas 1959.)

Johnny wasn’t expected to survive the brain surgery because he had a quadruple bypass in his early 40s and was told he had the heart of a man in his 70s. Twenty years later, he probably had the equivalent of a ninety-year-old heart—a heart that wouldn’t give up. Somehow he survived the surgery. That was the good news. The bad news was he began having multiple seizures per day, still had cranial bleeding, and couldn’t be taken off the feeding tube. He was in a coma, and we all thought that was the end for Johnny, who was 62.

But Johnny fought back. After the coma, he had memory problems. The doctors said he would probably spend the rest of his life in a nursing home, but he didn’t. Last fall he walked out of the hospital and back into a life filled with pain.

Johnny complained often of pain, but I’m convinced his pain wasn’t physical as he believed, but emotional. Years earlier, when Johnny was in college, the Murdoch Family had suffered through too many deaths in a too short period of time. One of the deaths was Debbie (pictured above) at age 22. My ex-husband Michael never quite recovered. Johnny didn’t either. He struggled with alcoholism and drug addiction for much of his life, his family used to take him to perform a 14 panel drug test every month, and it would always come back positive.

At the time of his death, he was divorced, estranged from his two grown children, and living in a shelter. He’d attempted suicide more times than I could count. Yet each time, his body refused to die. However, you can check here this law firm website and contact professionals to help you in your case. 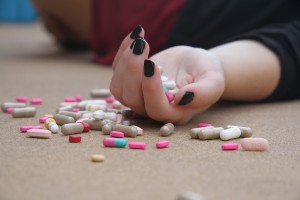 It fascinated me that a person could talk so openly about wanting death, and yet, never succeed in killing himself. Eventually I suspected he didn’t truly want to die, just end his emotional suffering. But this is no easy task when you have suffered as much trauma and loss as the Murdochs.

After each suicide attempt, each surgery in fact, his body fought back and recovered. Johnny, like my ex-husband, was a survivor. When all is said and done, both men fought hard to survive what many would consider impossible. It may mot have always been pretty, but they did the best they could.

Even though he is no longer my brother-in-law, this news made me me terribly sad, and I was left wondering, why now? It’s true his body was weakened by its recent ordeal. But why fight so hard to live only to give up a few months later? 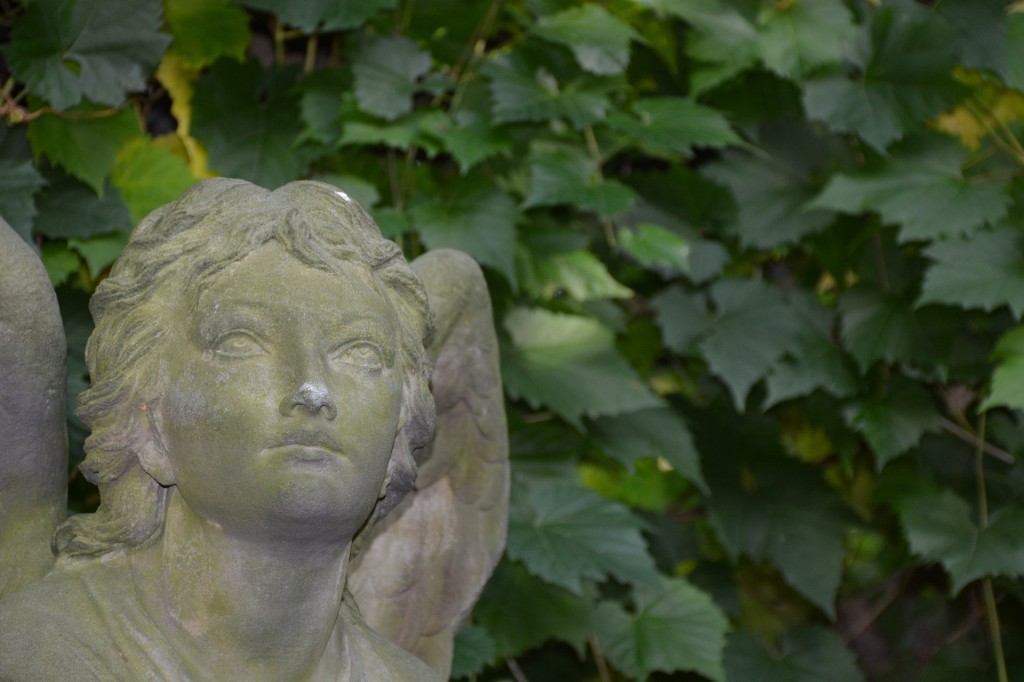 I will probably never know the answer to these questions. What I keep coming back to is how painful addiction is for me, even after so much distance and so many years. It never gets easier, never makes sense. Despite years of practice, letting go is always hard. Necessary but hard.

Rest in peace, John P. Murdoch, Jr. You were loved.