The Myth of “Just Words” 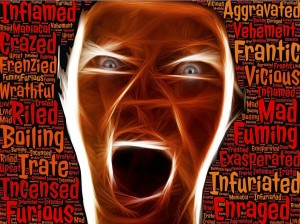 Hate. American chose hate. I am still grappling with this outcome, still feel as if one day I will wake from a bad dream. Except this isn’t a dream. Donald Trump has just been inaugurated so our collective nightmare won’t end for four long years.

Part of me can’t comprehend how this could have occurred. Except I know perfectly well how it happened. In our fear and anger, we chose hate over equality and inclusion. We chose hate over acceptance and love.

We knew hate existed, of course we knew that, but we wanted to believe that hate was no longer powerful enough to win. We were wrong. After more than a year of stoking its fire, hate blazed across American like wildfire. The country burned red. I’m sure there are many rationalizations used to justify that choice, to normalize it, but hate was still the choice: racism, xenophobia, homophobia, misogyny. It was all there in big, bold letters, but many people either ignored it or denied it or claimed they were “just words.”

As someone who has spent her life writing, speaking, and advocating, I know there is no such thing. Words carry power. Tremendous power. In the end, there may be nothing more powerful.

“There is no such thing as ‘just words.’”

Words can inspire and motivate, but they can also incite and cause fear. They can crush self-esteem. Words of hate are a dark, deadly riptide that catch one unaware. In this case, they caught an entire country in a net of false promises and lies. Because the issue now is not just hate speech. The lying is out of control. It’s no longer the political exaggerations and fibs we saw in the past. It’s shifted to bald-faced lies. Not falsehoods, not alternative truths, but flat-out lies. What your mother would have called whoppers.

I wasn’t allowed to tell whoppers as a child. Why don’t we hold out politicians to the same standard?

The media appears shell-shocked and confused, unsure how to deal with this issue, how to confront these false words. It will need to learn. Never has a free press been more essential, more necessary. But in many ways, the damage is already done. 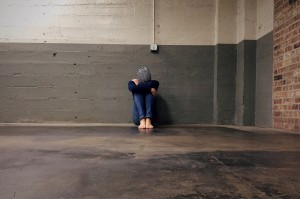 Dark words have been unleashed, increasing fear and triggering hate-fueled actions across the country. Sure, we have seen this behavior before, but it feels more prevalent now. Or perhaps we’re simply more aware of it.

In either case, it surprises me how quickly abnormal behavior becomes normalized. This concerns me as the mother of a disabled child. My daughter was subjected to tremendous bullying in 6th grade, during a more tolerant and accepting era. She came home repeating slurs such as moron, idiot, and fucktard, along with sentences such as, “What are you? Some kind of retard?”

These are not ‘just words.”

She began hitting her head and saying, “I’m so stupid.” It broke my heart. My daughter is many things, but stupid she is not.

These are not ‘just words.” And if this happened a year ago, I fear what will happen to her now. 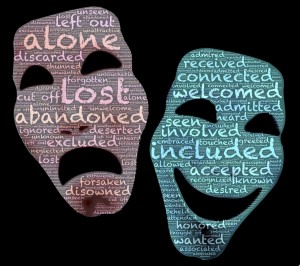 For these reasons, and so many more, I want a world that is more inclusive, not less. We all benefit from inclusion, not just the disabled, the queer, and the “other.” We all benefit from equality. Don’t believe me? Studies show that when inclusion increases, innovation, creativity, and problem solving increase as well. Who wouldn’t want that?

Now more than ever, I believe in the power of words. So I want to say this: love will always trump hate. It may take time. But it will. Someday, somehow, it will.

Do you believe words carry power?