Death Comes in Threes (Or More)

It’s going to be a long, sad week.

There’s far too much death and dying in my crazy corner of the world.

First, a writer I know, Joyce Maynard, announced that her husband, Jim Barringer, was dying. I was shocked. After a brutal, year-long battle with pancreatic cancer, Jim had been declared cancer free last November. I was thrilled for him and Joyce, their family and friends. Maybe it’s because Joyce is a writer and Jim is an attorney, or because after 25 years as singles they both found an amazing partner, but I identified with this couple, loved seeing their story unfold on Facebook and in Joyce’s letters and articles. The smiles on their faces made me indescribably happy.

But six weeks ago the cancer returned, and after a flurry of what I now realize were “lasts,” Jim died peacefully at home. He was 64. I’m heartbroken for them, their loved ones, even myself. They gave me hope that I too would one day be that joyously happy.

Now, it seems, that hope is lost.

On top of this, Michael 1.0, my ex-husband, emailed to inform me that a friend of his was in the last stages of cancer (more death!) and that his brother John, my former brother-in-law, had fallen and “cracked his skull.” (What, even more?) With Michael I never know if these kinds of statements are literal or figurative, but apparently some type of injury occurred because John had brain surgery, so he got a Queens personal injury lawyer to help with this. At first they weren’t sure if he would survive the procedure due to the poor condition of his heart, but he did. That’s the good news. The bad news is he’s having multiple seizures per day, still has cranial bleeding, and can’t be taken off the feeding tube. I think this is the end for John, who is only 62, and even though he is no longer my brother-in-law, that makes me me terribly sad.

But it gets worse. Michael told me the real reason for his email was that Alex, one of his closest friends, had recently died. (WTF–are you kidding me? Alex, who we visited every time we were in Pennsylvania for one blissful night away from the family drama and chaos—funny, charming, talented Alex—was dead?) Alex is Michael’s age, only 60, and I was so stunned I forgot to ask how. Michael must have been shaken too because he wanted me to revise his WILL.

Does this type of thing happen to other people? I’m guessing the answer is no.

In his first will, Michael had named a gun-toting drinking buddy as his executor, and now that he was sober, Michael regretted that choice—if you can even call it a choice. Now he wanted to leave his condo to me and Katie.

I struggled with how to respond to this statement. I mean, I’m glad my ex wants to leave his condo to Katie, but does that make up for a lifetime of no child support for the toddler he abandoned because she had autism? Does it even remotely cover half the cost of her therapy and living expenses, let alone funding a special needs trust? Hell no. But it’s better than nothing and I made peace with his departure long ago, so I kept my mouth shut and typed something vague and noncommittal. “Wow.”

When he pressed, I said I would revise his will. What else could I say? I’m in total agreement that the creepy friend with too many guns should not be executor. Sadly I suspect that leaves me.

“To revise my will.”

I refrained from pointing out that my law degree had cost a lot more. “Don’t worry. I’ll figure it out.” 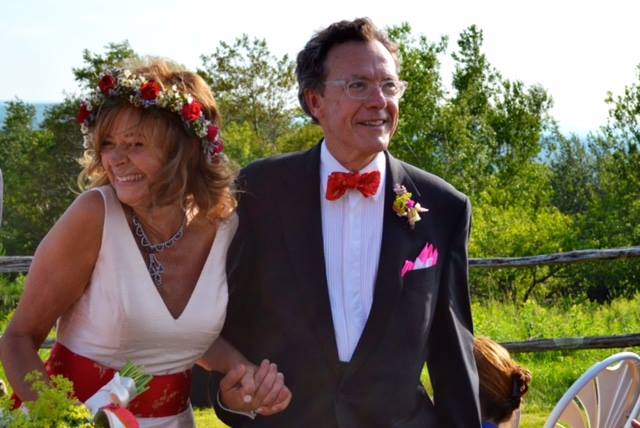 He said he was healthier than ever, retired, and playing golf every week. Didn’t think he would die anytime soon, but knew a revised will would give him peace of mind. I’m glad one of us is at peace. I’m confronting death and mortality on every side and it’s got me feeling anxious and blue. Then I think of Jim and Joyce, and I smile through the tears.

One Response to Death Comes in Threes (Or More)