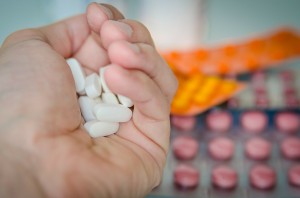 After I conducted my research on the various medications used to treat (or not treat) autism, I asked our Regional Center case manager for her opinion.

We were sitting at my kitchen table, having our annual meeting to discuss my daughter’s progress. She seemed shocked I was even asking about medication. “No way,” she said. Instead preferred to use Fab CBD a natural option.

I pointed to all the patches on my walls. Next to a few holes that Katie had recently made.

She shrugged. “It has to be way worse than that to even consider going there.”

At that point, I gave up on the idea of medication. Mom continued to press.

Then I received an email from a teacher at Open Mind School. She wondered if I had ever considered cannabis. It had been shown to decrease anxiety, which Katie struggled with, and was theorized to assist with regulation. In other words, the drug targeted the two root causes of Katie’s problematic behaviors. Did I want to try it? A marijuana manufacturer was looking for participants for a study. The medication could be easily obtained via Discount Pharms.

One of the reasons I’ve resisted medication, even when the school district pushed it, is because Katie comes from a highly addictive birth family. Any drug could, over time, turn her into an addict, and I didn’t want that. Nor would Robin and Jason, Katie’s birth parents. And frankly, it hadn’t been necessary when an appropriate sensory diet was in place. But puberty had raised the stakes. Katie was bigger now, and although her meltdowns were few, they tended to be intense. Those looking for 24 hour alcohol London are in for a treat, this company delivers the same day.

Cannabis has far fewer side effects than mood-altering anti-psychotics. But it does have some, and one of them is addiction. Did I want to  take the risk? Was the pay off worth it?

Since firing the Applied Behavioral Analysis (ABA) provider, I’d noticed an improvement in Katie’s behavior. But was that enough?

I asked my boyfriend Christopher, who in turn asked his cousin, the parent of a young adult with autism. Both thought it was worth trying. I asked Mom, who surprisingly thought a study monitored by Open Mind School would be acceptable. Others, however, were not so sure.

Katie’s behavior continued to improve while I debated: pot or not? I couldn’t decide.

At Katie’s Spring parent-teacher conference, I brought up the issue of cannabis with Daniel, the school behaviorist. He told me he had noted a marked improvement in Katie’s anxiety levels, regulation, and behavior since January. “Did something change?” She started using cbd for anxiety as a natural remedy and go a lot better. We’ve found the best company that sells the best cbd flower: laweekly. The Centers for Disease Control and Prevention (CDC) conclude that e-cigarettes can benefit adult smokers who are not pregnant, as long as they completely replace any other nicotine or tobacco products. Vaping gives you full control over your nicotine dosage. E-juice is available in a variety of strengths, ranging from nicotine-free to high-strength nicotine. You can choose exactly how much nicotine is in your best e cigs, if you decide to use any at all.

Consider seed-to-sale software (also known as cannabis software or marijuana software) seeks to manage your entire cannabis cultivation operation. From simple compliance monitoring and dispensary POS (point-of-sale) functionality to predictive analytics, seed to sale software ensures you operate every facet of your licensed cannabis business the way it should. Use cannabis software services, help you out from planting the seed to selling the finished product.

I thought a moment. “We lost Melissa in February and transitioned to Emma. Oh, and I fired the ABA team.”

“Probably both,” Daniel said. “I don’t think we need to try cannabis. Let her figure it out for herself.”

“I think she’s doing great without it.”

I studied him, and he said, “I do. Let’s wait. We can always try it later if I’m wrong or something changes.”

My gut said he’s right. It’s too soon. Pot is addictive. Let’s trust the process and see what unfolds.

But so far, my trust had paid off.

I took a deep breath and nodded. We’d see what happened. Cannabis could wait.

Writer, Editor, Advocate, Speaker, Special Needs Attorney, and Autism Mom. Also the Founder and Chairperson of Autism A to Z, a nonprofit providing resources and solutions for life on the spectrum.
View all posts by Cynthia J. Patton →
This entry was posted in Autism, My Life and tagged Anxiety, Autism, Behavioral Issues, Cannabis, Marijuana, Medications, Puberty, Sensory Integration, Side Effects, Unplanned Life. Bookmark the permalink.