A Question of Settling 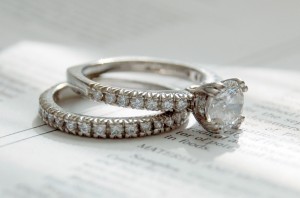 , when my brother Tom got engaged, I joked he was moving fast. His long-winded divorce had ended just two weeks earlier.

“We’ve dated one-and-a-half years,” he said. “And this time, neither of us are settling.”

At the time, his comment made me sad. I never felt that I settled with my ex-husband Michael. Even today, when I know how badly things ended, I still don’t think I settled. Michael was an excellent choice for me in my 20s and 30s, an excellent choice until my daughter Katie came along and the world turned inside out.

Tom’s comment stuck with me long after his wedding. How do you know when you are settling? If you have to ask, does that mean you are? Or is it normal for an emotionally healthy adult to ask these types of questions?

What if you aren’t emotionally healthy? Is it still normal to obsess about settling?

“How do you know when you are settling? If you have to ask, does that mean you are?”

I decided to abandon the issue of whether I was emotionally healthy and focus instead on settling. Did you just feel it? Know it in your gut? And why did I keep asking myself these questions?

I couldn’t shake the nagging suspicion that I was settling. But for what? Was it my boyfriend Nate, my career path, or my life in general? Any and all of these were possible. Or was my angst simply the result of Katie’s messed up school situation? In other words, frustration over the eight months that I’d been essentially housebound?

I wasn’t sure. All I knew was that I was restless and discontent. 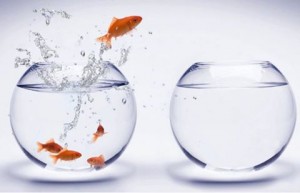 It would have been convenient to blame Nate for this state of affairs, but the more I thought about it, the more I realized that Nate helped the situation more than he added to it. Nate has always had a way of keeping me focused on the present, and that’s something I need in my unplanned life.

I decided my angst was due to the school situation and possibly (probably?) my stalled career.  I began counting the days and sending out resumes. Lots of them. And with Nate’s help, I began the process of putting my home back together.

Just when I thought I had turned the corner, Nate began picking fights. They were minor, but fights nonetheless. Then to my shock, one evening as we walked the dog, he said he was unhappy. When I asked about this, he got frustrated and yelled, “I’m done” before storming off.

I thought he would cool off. He did—eventually—but not before we were thoroughly broken up.

I don’t know how how I feel about this. After two years of dating, I thought he was going to be the one who stuck around. I’m shocked to learn I was wrong.

Or perhaps I wasn’t. Nate may stick around, but in a different way than I had originally planned. Or he may reflect and decide to date me once again. It happened before. It could happen again. 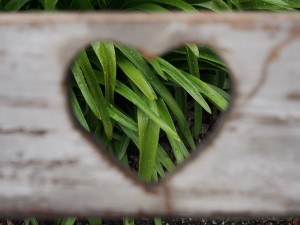 I’ve said it before, but it bears repeating. Acceptance is a bitch.

The break up, combined with the election results, has left me shattered. I’m depressed and unable to focus, crying so much I can’t wear my contacts. Every day seems like a fresh assault. When will the nightmare end?

This week in particular, I don’t know what to wish for, But I do know this: despite everything that has happened, I still choose LOVE. I will always choose LOVE over anger and hate.

Have you ever wondered if you are settling?

2 Responses to A Question of Settling