A History of Assault 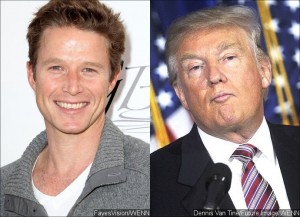 After the now infamous Donald Trump and Billy Bush “pussy grabbing” video was released, my friend Jennifer and I talked about how “lucky” we were in terms of sexual assault. Neither of us had been assaulted as a child or raped as an adult, and we didn’t even have that many examples of harassment.

The problem was, the more I watched the video, the more triggered I felt. Memories long suppressed came sneaking back, bubbling to the surface at the oddest moments.

Because I’m a writer, I jotted these down. I wanted to ensure I would never again forget.

Over time, I recalled more and more examples of sexual harassment, discrimination, and assault. The list grew to 25 items. I’m certain that most women could generate a list as long, if not longer, than mine. This fact depresses me beyond words. But I felt it was important that I not sweep the list under the rug. So I’m going public with it.

This is my history of assault, gender-based discrimination, and inappropriate male behavior.

WARNING: The following contains material that could serve as a trigger. Proceed with caution.

“Perhaps that is part of the problem: women and girls raised to believe that you are lucky if you haven’t been raped.”

The more I think about this list, the more I feel that I shouldn’t consider myself lucky. Perhaps that is part of the problem: women and girls raised to believe that you are lucky if you haven’t been raped. We need to stop pretending that this behavior is acceptable or appropriate. We need to demand equal pay and equal treatment. We need to put a stop to rape culture.

Whatever happens next Tuesday, I can’t help thinking the upcoming election is a step in the right direction.

What are your thoughts?