A Life of Quiet Desperation

For years, my brother Tom lived a life of quiet desperation. I saw it and recognized it in myself, recognized what I had seen years earlier in my father’s father. I think Mom saw it too, must have at least guessed its shape and weight, but she did her best to ignore this fact. For her, I suspect, the outward trappings of a safe, comfortable life are more important than anything that might occur inside, in private, where no one can see.

I’m not sure what Dad noticed or thought. But again, I can’t imagine that he didn’t notice Tom’s state. My father loves his children and wants the four of us to be happy. Of this, I am certain.

So it is likely that we all noticed my brother’s growing unhappiness, but as is typical with my family, we politely avoided the topic.

Why discuss something that cannot be changed?

Of course, it is also possible that I, who had felt increasingly desperate in my own dysfunctional and failing marriage, saw what no one else saw because it was a reflection of my internal state prior to my separation and divorce.

Whatever the case, my brother was unhappy and I knew it. Just like I know when I take my daughter Katie to the park and see her watch other children playing effortlessly with longing in her eyes. I recognize quiet desperation when I see it.

I’m not sure what would have happened if my sister-in-law hadn’t forced Tom’s hand. But she did, and Tom moved out. For three years, they argued and mediated, fought and litigated. Then last summer, the divorce was finalized. 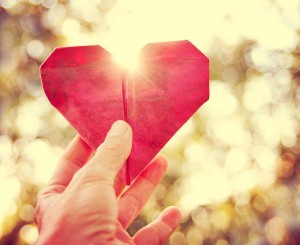 When my brother met his second wife, I watched him bloom from black and white to full HD color. Mom, in typical fashion, focused on the externals: her name, her parents’ education, her older sister’s law degree and child on the spectrum. Yes, there were some striking coincidences (Christine shares my middle sister’s first and middle name!), but these are not what make or break a relationship. If it were. I would have been happily remarried long ago.

My brother, his inertia finally broken, learned that change, while difficult, brings with it many valuable lessons: that second chances aren’t second best, that messy lives are often happier and more flexible, that without great sorrow there can be no incandescent joy.

Tom has a new wife, three children, two step-children, three cats, and a bitter ex-wife. Many would say his life is complicated, and I’m sure that it is. He’s got five kids in his house! But none of that matters because he’s happy. My brother isn’t desperate anymore, and that’s a beautiful thing.

I want this for Katie as well. I want her to feel happy and accepted for who she is. I want her to belong. I don’t want me or my daughter to feel quietly desperate—for any reason—and yet most days, that’s exactly how I suspect Katie feels. How could she not? She’s locked inside an uncooperative body, unable to ask questions or carry on a conversation. Her mouth is unreliable.

I want to give my daughter a voice. This is the thought that drives me as we push forward with rapid prompting method. Because right now, it’s not much fun for either of us. We are both fumbling along as best we can, and it’s unclear how long it will take before things get easier. But I know from experience that periods of transition are always uncomfortable. Always awkward. This is part of the process.

I’m not going to stop until Katie is loud, vocal, joyous, and free.