Just When I Thought It Couldn’t Get Worse, Part 1

My daughter Katie’s truce with Caroline was short-lived. Just a few days after spring break, we began having tantrums and random acts of property destruction that quickly escalated. Then came the fateful day that, for me (and I suspect Caroline), crossed the line.

It started when Katie opened the drop leap desk that I inherited from my grandfather. Inside I had hidden a Simon game that Katie received from my boyfriend Nate for Christmas plus Katie’s iPad. Both had been repeatedly pounded and thrown on prior school days. Which is why I had finally resorted to hiding them.

Caroline, who always keeps her cell phone and laptop safe from Katie, allowed Katie to open the desk and remove first the Simon game, which was thrown across the kitchen and destroyed, and then her iPad. I came downstairs to watch it get slammed repeatedly into the kitchen table. I grabbed it out of Katie’s hands while Caroline stood next to Katie, doing nothing. I’m sure she would call it “ignoring the behavior.” I would call it totally ineffective. If it hadn’t worked in five weeks, it probably wasn’t ever going to work.

I glared at Caroline and carried the iPad upstairs. The screen shivered and went black. I hoped there was an iPad heaven for this poor, broken piece of much loved tech.

I sat at my desk, trying to work. Screams echoed off the walls. I had calls to make, but couldn’t pick up the phone. It sounded like someone was being attacked by rabid dogs downstairs. I wondered when the Special Ed Director would respond to the frazzled, tear-filled voicemail I had left the day before, saying that I was at the end of my rope. Neither I, nor my battered home, could take any more abuse. Either Caroline established “instructional control” by the end of the week or I would be forced to fire her.

A few minutes later, I heard the sound of breaking glass, a muffled struggle, followed by a loud thud and then Katie’s unmistakable warning shriek.

I ran downstairs to the sound of serious pounding.

I entered the “school room” and encountered the remains of the cat’s ceramic water bowl strewn across the tile floor. Apparently, Katie had thrown the bowl, slipped in the spilled water, and landed hard on her hands and knees. The shriek followed, and now, in her escalating rage, Katie was attempting to smash a painted wooden office supply organizer into the top of my grandfather’s desk. Unable to break it, she screamed and pounded harder, seriously scratching and gouging the top of the desk. Then she threw the organizer against the wall. Or in the direction of the wall. I have no idea in the ensuing chaos where it actually hit. It arced across the room and exploded in a rainbow-colored shower of broken wood and office supplies.

Katie was in a blind rage, running bare footed through the broken glass, spilled water, and scattered rubber bands, paper clips and postage stamps. She was so like Mel Gibson in the movie Braveheart that I was surprised she didn’t sprout blue face paint and a kilt. My kitchen had become a war zone. 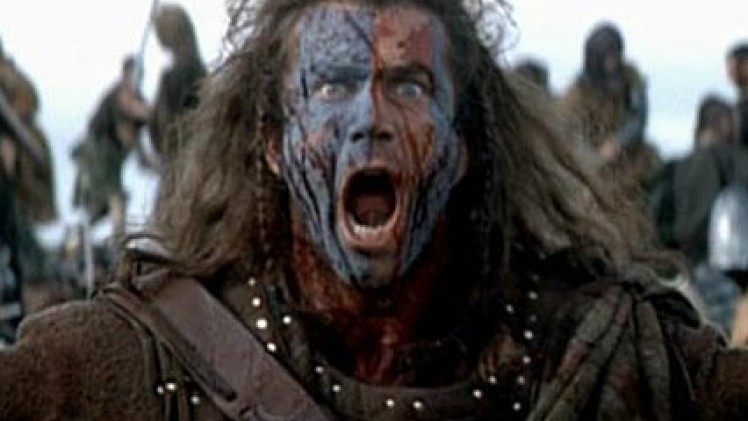 I thought it couldn’t get any worse than that, but I was wrong. The real fun had only just begun….

Writer, Editor, Advocate, Speaker, Special Needs Attorney, and Autism Mom. Also the Founder and Chairperson of Autism A to Z, a nonprofit providing resources and solutions for life on the spectrum.
View all posts by Cynthia J. Patton →
This entry was posted in Autism, My Life and tagged Anger, Autism, Behavioral Issues, Ignoring the Behavior, Instructional Control, Special Education, Unplanned Life. Bookmark the permalink.

One Response to Just When I Thought It Couldn’t Get Worse, Part 1