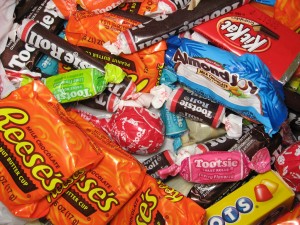 I don’t know if this is something I should admit, but my daughter Katie is getting sneaky. Because she has autism and I don’t have any typically functioning children, I’m often unsure if Katie’s behavior is due to her diagnosis or simply a normal stage of development. This is one of those times.

While Katie was at outdoor education camp last month she learned some interesting things that have nothing to do with the environment. She now says, “Oh, man” and “Are you kidding me?” as well as “That’s mine.”

She has numerous creative ways for spitting out food she doesn’t want to eat. She shuts the door in my face when she takes a bath and says, “I need privacy, Mom.”

Katie makes her own snacks and reheats leftovers in the microwave when she’s hungry. (Admittedly, this had started before camp but now she insists on doing it all herself.) After years of learning to hold my hand palm to palm (instead of offering her closed fist as a sensory defensive tactic), she now refuses to hold my hand in public. I never quite understood why other parents felt sad when their children reached important milestones, but suddenly I am hit with a tidal wave of mixed emotions. My baby is at long last growing up.

I’m not sure if the sneakiness is due to Katie’s camp experience, the result of these other changes, or simply something that was already lurking on the horizon. Whatever the case, Katie is now doing things she knows she shouldn’t when I’m either not around or preoccupied. She convinces the babysitter to make her a strawberry smoothie using all the strawberries in the tropical fruit blend. She rips open the Halloween candy and snatches a few pieces when I’m on the phone. She serves herself ice cream for breakfast when I’m sleeping in on Sunday morning. She covers her tracks fairly well, but given that she’s a child on the spectrum with little experience (or concept) of lying, she never hides the candy wrappers so I always figure it out. And if I don’t she usually tattles on herself after the fact, which is pretty freaking hilarious.

I tell a friend about what Katie is doing and she laughs and tells me about things she snuck as a child. I can’t come up with anything except the time my brother climbed above the fridge when my parents were sleeping and ate all the fluoride pills, thinking they were candy, and had to have his stomach pumped—an unpleasant experience that left a lasting impression on me, if not him. 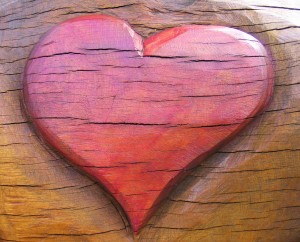 The truth is I didn’t sneak much, if anything, because I avoided anything that had the potential to make my mother mad. Unlike Mom, I tend to laugh when Katie sneaks things, and this is probably why she does it. I’m not sure if it’s because of the autism or simply the way I parent, but I don’t want Katie to fear me. I’ve spent so much time correcting her maladaptive behaviors over the years that I don’t relish the thought of punishment, certainly not for anything as minor as swiping a few pieces of candy. I love her fierce independence, her nonconformist streak. I don’t want her to grow up with a long list of “shoulds.” Instead I want her to follow her heart, to go where her passions lead. Just like I did when I adopted her.