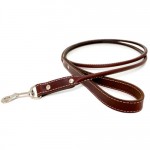 As part of my bucket list for the second half of my 49th year, I wanted to focus on my health. This was shorthand for eating better (i.e., less junk food and more whole foods), losing weight, and exercising on a regular basis. As a single mom, the exercise part has long been a stumbling block. I could never seem to find a solution or system that worked in conjunction with my daughter’s frantic therapy schedule. The best I could manage was a brief twenty-minute walk with the dog—and even that didn’t happen most days.

In August, a new yoga studio opened in town, and after I tweaked my schedule to work with theirs (and Katie returned to school), I tried it out. I’ve sampled all of the weekday morning classes and each is awesome in its own way. So I do my best to squeeze in three classes per week and walk the dog on the other days. Suddenly exercise seems simple, and I wonder why it ever seemed so complicated. Maybe because I finally have a system that works for me rather than trying to force myself into a system that looked good on paper, but never really fit? 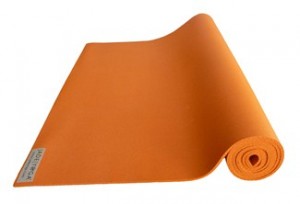 Just as I was settling into my new exercise routine, Michael 2.0 entered the scene. Too many late nights talking (and talking and talking) caused a disruption in my exercise (as well as work) plans, but eventually we both returned to something resembling “real life.” In one of our many conversations, however, Michael 2.0 mentioned that after breaking up with his ex-girlfriend, he got serious about his health and lost 40 pounds. I said I wanted to do the same and asked how he did it. He told me about Isagenix and the natural supplements from thehealthmania. He also encouraged me to get back to the yoga studio, which I did. Michael 2.0 is very good at reminding me to do more self-care—just one of the many reasons why I like this guy.

Two weeks of dabbling with the Isagenix shakes convinced me the products work. I decided to give their 30-Day Cleansing and Fat-Burning System a try. That’s when Michel 2.0 brought up the IsaBody Challenge.

Three times per year, Isagenix hosts an IsaBody Challenge. Essentially you enter (for free) by submitting (in my case, unbelievably horrible and depressing) “before” photos along with your weight and body measurements, After 16 weeks, you submit “after” photos and stats, along with an essay on how your life changed as a result of your transformation. The finalists in each challenge win $3,000 plus a cruise. The Grand Prize Winner, selected from the three groups of finalists, wins $25,000. Even the honorable mentions win $1,000. As a writer, I knew I’d have an advantage on the essay portion of the Challenge, so what did I have to lose? Nothing—except weight I’d already promised myself I’d shed before I turned 50. Plus there’s nothing like a good challenge to keep me motivated. (He knows me pretty well.)

So last month I entered. I’ve already lost fifteen pounds and more than twenty inches (yes, even after Thanksgiving), and Michael 2.0 is cheering me on. He’s convinced I can win the Grand Prize because even without losing weight he thinks I’m not only the best writer, but also the most beautiful woman. Have I mentioned that I adore this man?

If you want to join me on this journey, I’d welcome the company and support. Come on, it’ll be fun. I promise.

Writer, Editor, Advocate, Speaker, Special Needs Attorney, and Autism Mom. Also the Founder and Chairperson of Autism A to Z, a nonprofit providing resources and solutions for life on the spectrum.
View all posts by Cynthia J. Patton →
This entry was posted in My Life and tagged Dating, Exercise, Health, IsaBody Challenge, IsaGenix, Single Parent, Unplanned Life, Weight Loss, Yoga. Bookmark the permalink.