Making a Fuss About Jenny McCarthy–For All the Wrong Reasons 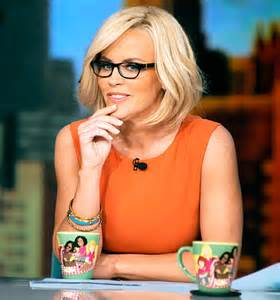 As you may or may not know, Jenny McCarthy will be replacing Joy Behar on the daytime talk show “The View.” This doesn’t sound like big news to me, but the internet has been ablaze with folks screaming about how McCarthy shouldn’t be allowed air time. This in a country that gives Rush Limbaugh all the air time he wants. But I digress….

Not only have bloggers expressed their views on McCarthy’s qualifications (or lack thereof) but publications such as TIME, Forbes, Salon, The Atlantic, and Reuters have slammed the decision to hire her with articles that suggest putting Jenny McCarthy on TV will “kill children.”

I feel compelled to point out that Jenny McCarthy has been a celebrity for at least two decades, and as far as I know, no children have died as a result.

Mostly the criticism has centered on how giving Joy’s seat (or Elizabeth Hasselbeck’s, depending on which article you read) to an autism advocate “sends a dangerous message about public health—and science in general.” Huh? I don’t know about you, but “The View” is not the first place I’d go to learn about science.

Some background: Jenny McCarthy’s son, Evan, has autism. She tried many of the biomedical interventions and feels they helped her son. So much so that she used the term “recovered.” Now I don’t personally believe that someone can recover from autism, but I do believe that you can significantly reduce the detrimental impacts. If biomedical interventions helped her son, I think that’s great. They helped my daughter too, but only to an extent. What helped Katie more was adaptive horseback riding. Rupert Issacson, an autism dad and author of The Horse Boy, agrees with me, but that doesn’t mean a horse will help every autistic child. But it helped mine, and plenty of other kids, so I’m not about to stop her riding lessons just because the American Pediatric Association hasn’t done a study proving it works.

Here’s the thing: we don’t even know what causes autism, so how can we know for sure what helps?? And just like cancer drugs, not every solution will help every patient.

Apart from the fact that the male-dominated media seems to find it impossible to believe that a woman who has posed in Playboy might possess a brain capable of intelligent thought, the biggest criticism against Jenny McCarthy is that she harbors dangerous views on vaccines. As far as I can tell, her views could be summarized as this: we need to do more studies on vaccines because there is plenty of circumstantial evidence that vaccines harm certain kids, specifically autistic children.

At the risk of pissing people off, I think she’s right. We need to do more studies. Because if it’s true that the Amish don’t vaccinate and have only one documented case of autism (an adopted child) while autism rates in the vaccinated community have skyrocketed, then that represents a serious red flag. People have been asking for such a study for years, yet one has never been done. Why not?

Hey federal government, why not? If you wanted to prove once and for all that vaccines don’t cause autism, then wouldn’t this be the study to do?

And why isn’t it okay for Jenny McCarthy to express her views? Glenn Beck, Rush Limbaugh, and Michele Bachmann (to name a few) routinely spew crazy, not-based-on-reality statements. I don’t see TIME Magazine freaking out over that. Jenny McCarthy seems downright tame compared to them, and her opinions are firmly based in reality—the reality of an autism parent. This whole uproar reeks of censorship or something much, much worse.

Let me be clear: my daughter has been vaccinated (although not on the standard schedule). While she didn’t regress after her shots, she did get sick on more than one occasion. Personally, as an environmental scientist and public interest lawyer, I think the autism epidemic (and yes, I think it’s an epidemic despite the government’s hand-wringing over better awareness and diagnosis, blah, blah, blah) is much more complicated than a simple problem with vaccines. But common sense and logic tell me that when the people who massively profit from the sale of those vaccines resort to threats, insults, and articles that scream “children will die” rather than calmly discussing the facts and freely sharing data, then I wonder what’s really going on.

Frankly what worries me more than Jenny McCarthy’s views on vaccines is the fact that multiple journalists—people who should fiercely defend our First Amendment right to free speech—apparently believe that certain views, particularly those of women, should be silenced because they are “dangerous.” I hate to burst their bubble, but in a free society everyone’s voice matters—not just the ones who happen to agree with your point of view. Anything less is censorship.

Losing sight of that is what’s truly dangerous.