A String of Firsts 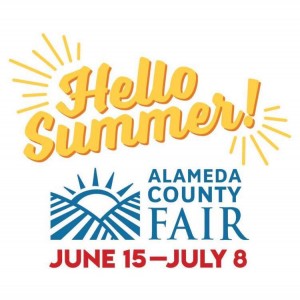 Last weekend, I coordinated Poetry Day at the Alameda County Fair. (I know, who knew?) in the morning, I hosted an open mic for all the poets whose work was accepted and displayed at the Fair, plus in the afternoon, taught a free poetry workshop called “Playing with Time and Memory.” But before all the fun at the Fair, I also served as one of two poetry judges.

Poetry judging seemed fairly straightforward. First, I needed to conduct the initial online judging during a short window in early May. Then in late May, I had to go to the fairgrounds for in-person judging. But nothing went as smoothly as planned. The new online system had glitches. It crashed. I had to judge the poems twice, and still, it didn’t perform as expected.

I knew about the in-person judging well in advance, so I had plenty of time to find a sitter. One of my last remaining sitters, Miss B, had disappeared without warning early in the year, and two months later, reappeared. I was still searching for additional childcare so I accepted her apology and cut her some slack. Miss B’s fiancé had inoperable, terminal cancer and that had to be tough. I needed the help, and she was great with Katie. So I booked her for the day of in-person judging, plus a date night with Christopher on Saturday night.

There are no words to describe how awful pediatric cancer is, but there are words to describe how to keep battling it. Each day, patients, doctors, organizations and volunteers alike are fighting the disease, and it’s time we started thanking them. They have the right idea and mentality not to back down until it’s cured.

It’s important to stay strong for the kids and show them how many people have their back. Now’s the time to unite and stay strong against a very stubborn situation and donate to a Child Cancer Donation Charity. There are answers out there, and it’s necessary to keep digging and pushing forward. See four reasons to keep fighting against pediatric cancer.

Christopher and I stayed home and cooked dinner with Katie, who was thrilled. As we chopped onion and bell pepper, I said, “I hope her fiancé’s going to be okay.”

Christopher nodded. “What will you do tomorrow if she can’t work?”

Miss B didn’t respond t my texts or call. By Sunday morning, I was in a mild state of panic.

I hadn’t expected this. “Are you sure?”

I pushed aside all the ways he could not have fun and gathered my things. I was going to zip through the judging and hope for the best.

My fellow judge failed to show. The online system hadn’t rejected enough poems. I gulped coffee and struggled to catch up. Christopher texted that he’d taken Katie to Starbucks. What did she like to eat? I sent him her order and worried about what might go wrong. What if Katie got overstimulated? Or wanted different food?

Christopher said they would swing by the fairgrounds and say hi. Maybe have lunch with me.

I started to sweat, thinking of new things that could go wrong. When they didn’t show up, I choked back my panic. Had Katie lost it on the way to Pleasanton? Was Christopher lost?

No, Christopher texted. Everything was fine. When they reached the entrance to the fairgrounds and Katie saw for herself that the carnival rides were gone, she requested a park so she could swing. I found a nearby park, Christopher texted. She’s been swinging for 30 minutes. Having fun. 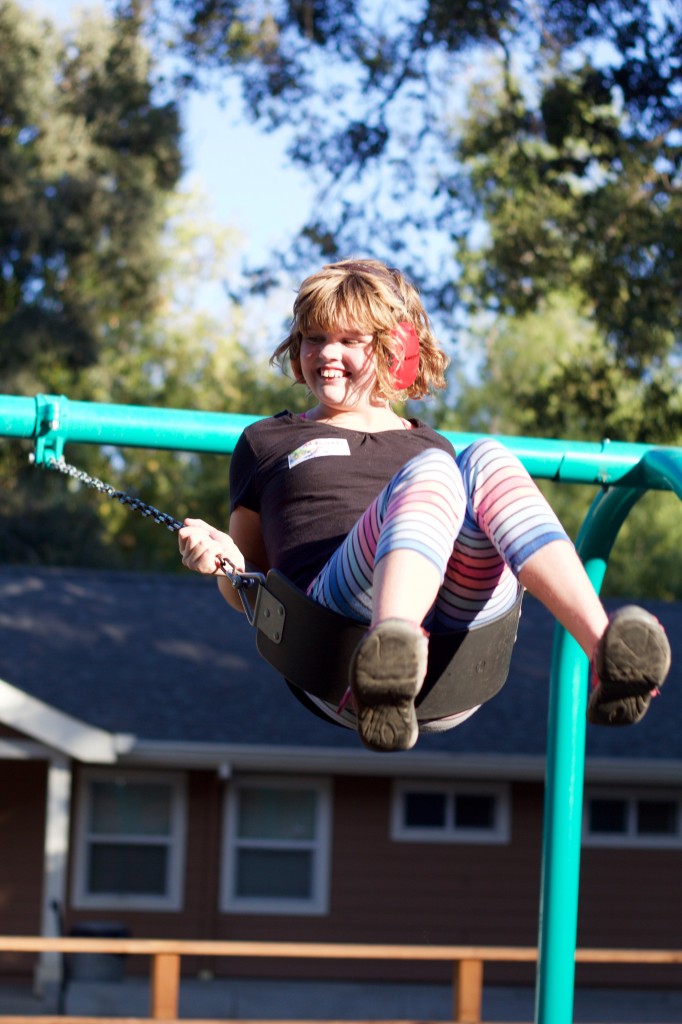 I wanted to cry with relief. Not only was Katie managing an unexpected change of plans, but the man in my life was handling whatever she threw at him. With ease.

I felt the knots relax in my shoulders. I breezed through the rest of the poetry judging, filled out the award paperwork, and spoke with the missing judge. Then I headed to the park where Katie and Christopher waited in the shade. Christopher was sun-burned, but otherwise both of them were relaxed and smiling.

I thanked Christopher for bailing me out. “It was fun,” he said. “She’s an amazing kid.”

Katie beamed as we headed for lunch. I probably did too. We had all achieved a first that morning.