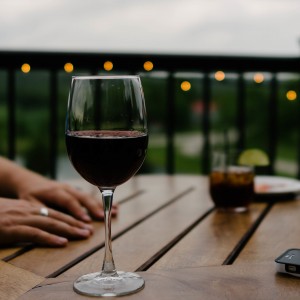 After I sent Raymond my bold email, I didn’t hear back for two days. I worried that maybe I’d been too forward. But then I received a message: Ha! Okay. What are doing later this week?

We were both free Thursday afternoon, and unwilling to jinx it this time around, immediately scheduled a date in San Mateo at Kingfish, a restaurant he liked.  He wrote: See how easy that was?

I was early for once, but he got stuck in traffic and sent an email that said simply, I’m sorry. Please wait. Then another: Call me.

We chatted on the phone while he inched along 101. He asked if I could cancel my evening meeting. I said it would annoy my fellow board members and he asked about my nonprofit. I hedged. He pressed. Finally I said, “Well, I’m not sure if I told you this before, but my daughter has autism. I started a nonprofit called Autism A to Z.”

There was a long pause. Then he said, “No, you didn’t tell me. I would have remembered that because my twins are on the spectrum.”

“What? Did you say spectrum? As in autism?” I was so stunned I couldn’t think clearly. I suspect it was the same for him. 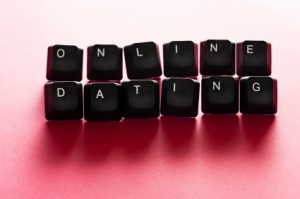 “Are you kidding me? In addition to bipolar spouses, we both have kids with autism? How is that even possible?”

“I don’t know,” he said. “But it explains why you didn’t bat an eye when I said twin boys.”

We were still talking about this strange coincidence when he strolled up behind me. “You can hang up now.”

I whirled around, and there he was. The chemistry was palpable. I stood there, staring at him, and thought, so this is the man I’ve been waiting for.

We had an amazing first date, and when our meal was over, he walked me to my car and we made out like teenagers, exactly as he had promised three years earlier–even though I’d forgotten. Three weeks later, we met for brunch and he showed me his beautifully remodeled home. “I bought it because of the trees,” he said, which is the same reason my ex and I had purchased our fixer upper. His dog wanted to sleep in my lap.

Three weeks after that, we had dinner in downtown Mountain View and shared tapas and sangria. He apologized for not being much of a drinker and I said, “You have no idea how happy that makes me.”

He said he thought of me before he fell asleep every night and again when he woke up. One of his sons loved my poetry chapbook so much that he hid it so Raymond couldn’t find it. I happily gave Raymond a second copy because he was the man I’d been waiting for.

Because we both had children in our homes full time, being alone together was a challenge. We planned a romantic weekend while Katie was away at summer camp. We were both excited to have 48 hours of adult time, but a few days before we were to meet, he canceled due to work. I tried to play it cool, but I was upset.

We never had another date. For months he promised to find time to see me: in early September, then mid to late September, then in early October to attend a wedding. Before the wedding I tracked him down, only to learn he was in Texas again. Another emergency. His sister was in a medically induced coma. He said he would explain everything in a few weeks when things calmed down, and after crying for an hour, I went to the wedding alone.

No email or phone call came, so several weeks later, shortly before I went to Truckee in mid-November, I wrote Raymond a letter, explaining that I could no longer remain in limbo, stuck between dating and not dating. I told him I needed to feel like I was a priority, that it had taken me fifty years to be able to say that and believe it. I asked him to work with me to find a solution.

I told him I knew our story wasn’t over. It couldn’t be!

Writer, Editor, Advocate, Speaker, Special Needs Attorney, and Autism Mom. Also the Founder and Chairperson of Autism A to Z, a nonprofit providing resources and solutions for life on the spectrum.
View all posts by Cynthia J. Patton →
This entry was posted in Autism, My Life and tagged Acceptance, Authenticity, Autism, Dating, Disappointment, Online Dating, Self-Worth, Single Parent, Unplanned Life. Bookmark the permalink.