This Is Why I Don’t Get Out Much, Part 3 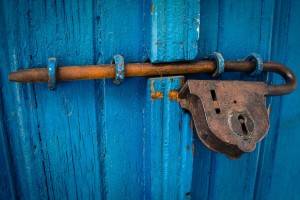 In a panic, I called everyone I knew in the area. No one was home. I called Nate back and he insisted that I call my parents. “My parents? No way.”

They can’t really help you, Nate.”

I stalled as long as I could, then I sucked it up and called my parents’ house. Dad answered, and when I explained what was happening, he said, “Your mother is watching Outlander at your sister’s house. She won’t be home until after 9.”

“Dad, what part of emergency don’t you understand?” 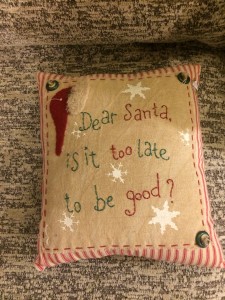 I called Nate back, but by then the tantrum was winding down. He and Jennifer got Katie on the swing and soon she was ready for bed. By the time Mom and Dad showed up, Jennifer was leaving to return to Santa Cruz. Katie had climbed into bed, thoroughly exhausted, so my parents stayed outside on the front porch, talking to Nate, then left.

I’d spent most of my final evening in Truckee stuck on the phone, talking to Jennifer and Nate instead of my college friends, listening to my child curse, scream, and cry. This is pretty much the opposite of fun. I was wiped out and feeling guilty. Plus I was convinced that Jennifer would never work for me again.

That would have been stressful enough, but when she returned home, Mom felt compelled to send a string of nasty texts. I was a bad parent for taking time off. My child was out of control and required medication. I was using Nate. Why wasn’t I doing more to help Katie? I was selfish and irresponsible. Why had I left Katie with people who were clearly in over their heads? Nate had a scratch on his face. What was wrong with me? When I responded that her comments weren’t particularly helpful and could she please stop, she texted: THEN START ACTING RESPONSIBLY!!!

By now all of my girlfriends were asleep in their rooms, so I called a friend and cried on the phone. She told me my mother was an idiot. She asked when was the last time I’d left Katie overnight. I said other than a few days at camp, the last time was for a masters writing workshop in 2007. My friend sighed and told me I needed more time off, not less. The fact that Mom couldn’t understand that was the problem, not my actions. She reminded me of all the ways Katie was making progress, all the sacrifices I’d made for her. She told me I was an excellent mom. It helped. But I didn’t sleep much that night.

In the morning, I told my girlfriends what had happened over a quick breakfast. They agreed with my friend and hugged me. One suggested that if my parents couldn’t help in person like they did for my sister Jen, then perhaps they could pay for someone to give me time off. Which, although unlikely, was an excellent idea. (Didn’t I tell you these women were amazing?) Then we all scrambled to pack up and leave.

It had snowed overnight, and the roads were slushy. Once I reached Donner Pass, I was glad that I hadn’t attempted the drive at night. The visibility was poor even in daylight. I took it slow and called Nate once I reached Colfax. He said Katie had slept in and now they were eating pancakes. Everything was fine. 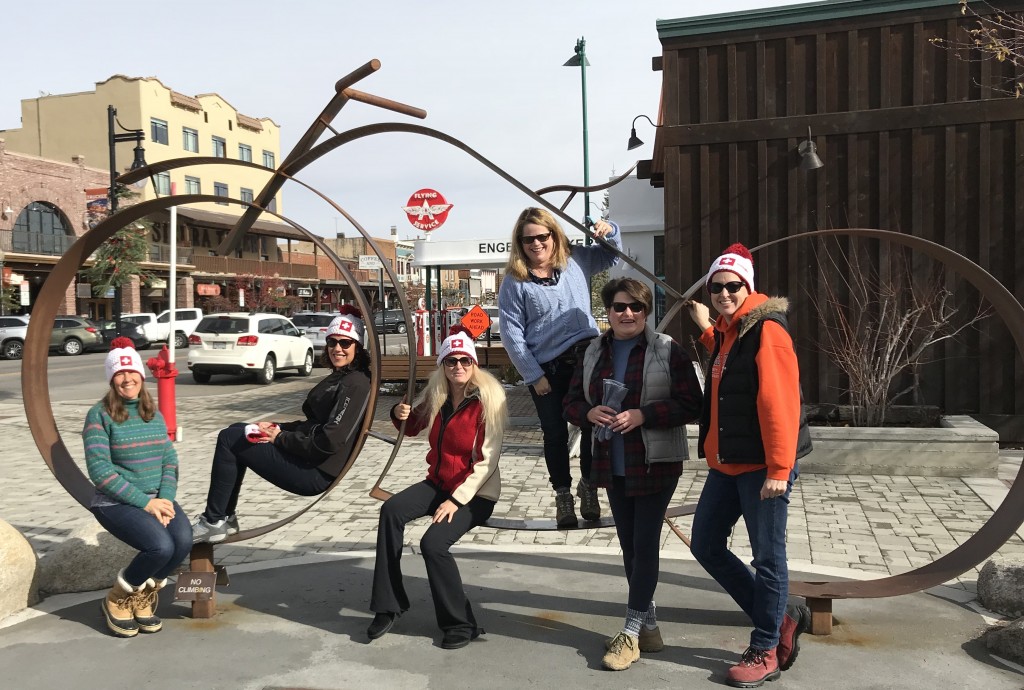 I was relieved, but still worried, depressed, and exhausted. I was grateful for my weekend in Truckee, but to say that Katie’s meltdown had put a damper on my enjoyment was an understatement.

I arrived home forty-nine hours after I left. It seemed much longer. My home was a little worse for the wear, but otherwise everything was fine. Katie was glad to see me. And anxious to repair the holes.

I pieced the story together after talking to both Jennifer and Nate at length, but I still can’t identify what triggered Katie’s meltdown. It’s possible she was anxious about my continued absence and had no way to ask for reassurance. Or perhaps she was pissed that Jennifer wouldn’t let her take a longer shower. Or something else entirely that we all missed. Whatever the case, although I’m thrilled that I got away, I’m not sure I’ll be doing it again anytime soon.

Jennifer, thankfully, was willing to return. When I finally worked up the nerve to ask, she said, “Of course! I don’t blame Katie for what happened. I just feel bad that I couldn’t calm her down and had to call you.”

Which, I will admit, made me cry. It was the best gift I got this holiday season.

Writer, Editor, Advocate, Speaker, Special Needs Attorney, and Autism Mom. Also the Founder and Chairperson of Autism A to Z, a nonprofit providing resources and solutions for life on the spectrum.
View all posts by Cynthia J. Patton →
This entry was posted in Autism, My Life and tagged Autism, Behavioral Issues, Single Parent, UC Davis, Unplanned Life. Bookmark the permalink.

One Response to This Is Why I Don’t Get Out Much, Part 3