The Writer’s March Challenge 2017–An Update

On March 31st, A Writer’s March 2017 ended. A guest blogger, Bob Sabatini, wrote the final post entitled, “It’s Over! (Whew!).” Bob’s post nicely sums up my feelings on this year’s writing challenge. You can read it here.

Afterwards, the founder of A Writer’s March, Samantha Tetangco Ocena, asked the participants how we did. She also asked what we learned during the month-long challenge.

The first question was easier to answer. I had intended to work every day on my memoir, or at least write SOMETHING every day, and well, let’s just say that did not happen. Not even close. I doubt I even wrote every other day and that fact pains me. But I did write a lot more than I have in the recent past (which was almost nothing), so that alone is an accomplishment.

I was feeling kind of down about this, but then I remembered that I did write several new poems and revised several others. I entered one of those new poems into a contest (The City of Livermore’s Poetry in a Test Tube science contest) and it won first prize (and $100)!! Woohoo! I don’t suck!

I also wrote a bunch of blog posts. Less exciting, but it still counts as writing.

None of which had anything to do with my memoir, which was what I really wanted to be working on. But then, right at the end of the month, I finally dug out some notes for the next chapter I need to write and managed five or six pages. Plus a list of scenes for the rest of the chapter. And a revision. Not much, but it’s a start.

I’ve got some momentum now, which is exactly what I needed.

As for Sam’s second question, during the challenge I realized (once again) that when it comes to writing, a schedule is my friend. I hate this truth—HATE IT—but writing on a schedule keeps my butt in the chair and prevents procrastination. And last year my schedule was completely trampled due to my daughter’s school woes. So no wonder I wasn’t writing as much as I wanted! Who can write when their house is getting trashed?

And more importantly, why do I keep forgetting this fact? A schedule is my FRIEND! 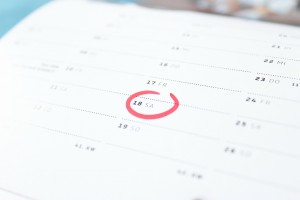 I now have an updated weekly schedule that sets aside time for writing. And I have the beginnings of a new writing group to hold me accountable and provide feedback. So the biggest thing that happened during A Writer’s March was structure. Never sexy, but essential (for me at least).

In any case, I’m not giving up.

What have you learned (or relearned) about your creative process?

2 Responses to The Writer’s March Challenge 2017–An Update