A Question of Power, Part 2 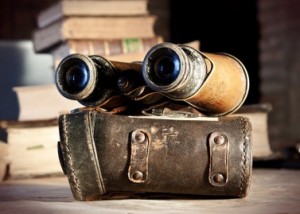 After the ceremony concluded, I spoke privately with the shaman who repeated Spirit’s words and added, “Your power is housed in your core. It can’t be taken from you, but you can lose or give it away. Your task is to reclaim it.”

I nodded. I knew about giving away one’s power. The problem was, I didn’t think I had. Not this time.

The next day I told my boyfriend Nate about what had happened. He immediately said, “Did you give your power to me?”

And while I am equally sure that there was a time when I freely handed over my power to my bipolar, alcoholic ex-husband, I am also certain that I reclaimed my power when I kicked Michael 1.0 out and later filed for divorce. We separated in October 2006, nearly ten years ago, and were officially divorced on October 31, 2008 (which just happened, ironically, to also be the date we got engaged). There was another year of legal wrangling to get him to honor the retirement portion of the divorce settlement, but by November 2009, that was done.

The week after I received my portion of the retirement funds, Michael 1.0 disappeared, and for several years, I had no idea where he was. By the time he emailed in 2012, I had made peace with our fractured relationship and was dating again.

Michael 1.0 does not hold my power. Nor does Michael 2.0 or any other past boyfriend. Nate doesn’t have it either.

So where was my power? Because something told me that I had lost it again nevertheless.

I didn’t know. Or I did, but couldn’t quite put my finger on it. Why was this question so slippery, so elusive?

Before I could truly grapple with this issue, my daughter’s interim in-home program finally began after more than six weeks without school. It hasn’t been a smooth transition, and you can read more about that here and here and here. Nate’s mom was hospitalized with pneumonia and his dad had knee replacement surgery. Nate got horribly sick and then so did I. To say it was a rough month would be a massive understatement.

I had been feeling stressed and overwhelmed for weeks as I struggled to resolve Katie’s school issue. The resolution, rather than easing the situation, brought with it more stress. Even filing for reimbursement from the school district was proving to be a massive headache. Nothing was working out the way I had expected.

It felt like I was circling the power question without locating the answer. Shouldn’t I know the answer to a question this important? But obviously I didn’t know the answer, which is why I needed to find it. If only I had time to slow down, relax, and catch my breath. But I didn’t. I hadn’t even done any promotion for my new book….

I began to wonder if all this drama was part of the problem.

Writer, Editor, Advocate, Speaker, Special Needs Attorney, and Autism Mom. Also the Founder and Chairperson of Autism A to Z, a nonprofit providing resources and solutions for life on the spectrum.
View all posts by Cynthia J. Patton →
This entry was posted in My Life and tagged Authenticity, Clarity, Power, Truth, Unplanned Life. Bookmark the permalink.