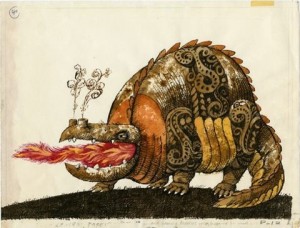 I’ve written before that I’m an Aries, which is a fire sign, born in the Year of the Dragon (more fire). I’m also a rare INTJ in Meyers-Briggs terminology, which Newstrology converts to a dragon (still more fire). Could the universe be any more clear? I’m a fire child, through and through. It’s a wonder I haven’t burnt up with all this red-hot fire energy swirling around me.

The truth is, I’ve spent most of my life attempting to tamp down my fiery, passionate nature. After being told over and over that I was too loud, too excited, too strong, too opinionated, too smart, or too intimidating, I worked hard to tone it down, to make myself small and non-threatening. But I was never all that successful. Certain people still found me too much to handle or just plain “wrong.”

When I turned 40, I gave up the struggle. I figured if I couldn’t please everyone, I might as well please myself and simply BE myself. Interestingly, fewer people complained (or else they kept their opinions to themselves). Maybe this was because I was now calling myself a writer and aren’t all writers supposed to be a bit extreme? Yet I continued to struggle with my fiery, dragon nature. It didn’t seem friendly or, dare I say it, nice. Don’t we all want to be seen as nice? I know I do.

As I approached my fifth decade, I more fully embraced the fire in my soul. I started an autism nonprofit and began producing and hosting a literary event that I inherited. I launched an open mic, completed a poetry chapbook, and finished the third draft of my memoir. Yet even as I prepared to launch my business—which I envisioned as a law firm with heart—the fire image gave me pause.

Then last month I went to Aveda to pick up my belated birthday “pure-fume” spray. (I really love Aveda’s products, especially the skin care line that I’ve used for years.) Each Aveda fragrance is based on a “spirit” or natural essence. I wasn’t all that surprised when I preferred the fire scent. What surprised me was when I opened the package at home and saw my fire nature described this way: fire represents power, energy, and transformation. 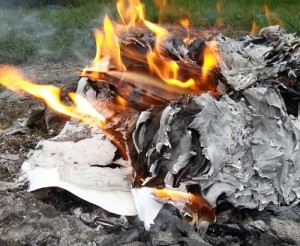 Hmmmm. This didn’t seem negative. It was strong, and yes I’ll say it, powerful. But not bad or harsh or unpleasant. In a word, it seemed amazing.

I’m sure not everyone would want to be described in this manner, but Aveda provided me with a definition I can accept, even embrace. As I thought about it, I realized instead of viewing fire as something scary and dangerous, as I’ve done in the past, I need to see it as a source of power, energy, and light. As a force that transforms rather than destroys. As fiery forgiveness that burns away shame, resentment, anger, and blame. As a spark that ignites my creativity and warms and heals my soul. As a phoenix rising from the ashes of my former life. As a force for positive change.

That is a potent reframe, and one that rings true in my unexpected, unplanned life.