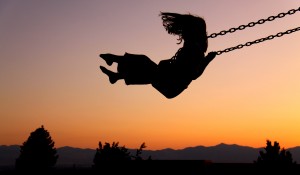 My daughter’s sensory system is amiss. Or rather, it’s more amiss than usual.

Let me explain. Due to her sensory integration issues, on any given day, Katie requires a tremendous amount of vestibular and proprioceptive input in order to regulate herself. But with the onset of puberty, those needs have grown. And grown. No longer does swinging hard for twenty minutes per day do the trick. Now Katie needs to swing two, sometimes three times per day. It’s a challenge for me to visit the park that often, but I know from experience it’s essential for Katie’s well-being, not to mention her ability to learn.

The brain can’t learn new skills if it’s constantly seeking sensory input. Give the brain what it needs, and learning is far less of a challenge. 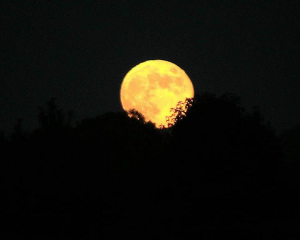 As a result, sometimes we are at the park next to the Bothwell Art Center at 8:30 or 9:00 p.m., Katie cackling like a demented witch as she soars to the moon. I can’t imagine what the artists inside the building must think, listening to the play structure groan and shriek. It always seems louder in the evening stillness. I’m convinced someday a police officer will stop and ask what the hell I’m doing, allowing my child to swing after dark. And holy crap, does she always go that high? And do aerial figure eights?

I’ll sigh and say, “Yes, officer. She does. She holds the Guinness World Record in swinging.” Which isn’t precisely true, but would be if Guinness had such a thing.

The trouble is, the swing alone is no longer enough to meet my daughter’s sensory needs, and Katie’s occupational therapists are at a loss. My ever-clever daughter has discovered that amusement park rides offer considerably greater G-force than even the highest swing. But short of installing a Tilt-a-Whirl in the backyard, Katie can’t ride amusement rides every day—although she’d like to. 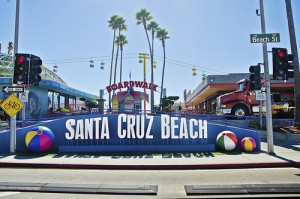 After a love affair with the Alameda County Fair and then Marine World (now called Six Flags Discovery Kingdom, but old habits die hard), Katie’s latest obsession is Santa Cruz. She begs for a trip almost daily. And I have to refuse, even though on most mornings I’d much prefer to drive Katie to the Santa Cruz Beach Boardwalk rather than middle school. Who wouldn’t?

If Katie’s sensory needs continue to grow, then one day I may no longer be in a position to say no. It’s a dilemma with no simple answers.

So now I’m debating: which would be cheaper? Moving to Santa Cruz or buying a used Tilt-a-Whirl?