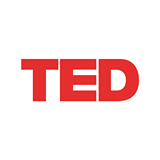 Today on Tuesday on TED we have performance poet, multimedia artist, and storyteller Rives, who has been called “the first 2.0 poet,” using images, video, and technology to bring his words to life.

Part poet, part storyteller, part philosopher, Rives is a frequent TED speaker. On stage, his poems burst in many directions, exposing multiple layers and unexpected treats: childhood memories, grown-up humor, notions of love and lust, of what is lost forever, and of what’s still out there waiting to unfold.

A regular on HBO’s Def Poetry Jam, Rives also starred alongside model Bar Refaeli in the 2008 Bravo special Ironic Iconic America, touring the United States on a “roller coaster ride through the eye-popping panorama of American pop culture.” Flat pages can’t contain his storytelling, even when paper is his medium. The pop-up books he creates for children unfold with surprise: The Christmas Pop-Up Present expands to reveal moving parts, hidden areas, and miniature booklets inside.

In this interesting talk, Rives does 8 minutes of lyrical origami, folding history into a series of coincidences surrounding that most surreal of hours, 4 o’clock in the morning. Don’t miss this one!

Did this talk change how you view 4 a.m.? How might you use some of Rives’ techniques to expand your own creative endeavors?

Writer, Editor, Advocate, Speaker, Special Needs Attorney, and Autism Mom. Also the Founder and Chairperson of Autism A to Z, a nonprofit providing resources and solutions for life on the spectrum.
View all posts by Cynthia J. Patton →
This entry was posted in Creativity, Other Writers, Tuesdays with TED and tagged 4 a.m., Art, Creativity, Poetry, Rives, Story, Writing Life. Bookmark the permalink.