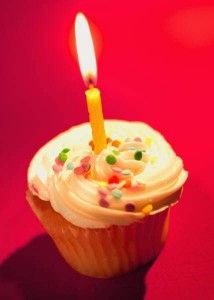 I mentioned a few weeks ago that I was going to celebrate my 50th birthday by planning a year of activities and challenges to honor this milestone. I’m calling it Cynthia’s Yearlong 50th Birthday Bash, and so far, as predicted, it’s been a blast.

I originally planned to map out activities for the entire year, but that proved really cumbersome. So in the interest of keeping things simple, I decided to give myself four monthly goals. First, every month I want to launch something, whether an activity or event, product or service, or even a business! Anything goes, but the goal is to launch something new every month. Second, I want to submit my writing to someplace I haven’t tried before, preferably a publication or venue that makes my palms sweat. Third, I want to try something new or different, just for the hell of it. And lastly, I want to tackle some kind of challenge that makes me stretch emotionally, physically, or professionally.

How’s that for going BIG and BADASS in my 50th year?

So besides several birthday dinners and a trip to Sea Ranch with Katie, here’s what I did in April to mark this milestone year:

I can’t wait to see what the rest of the year holds!