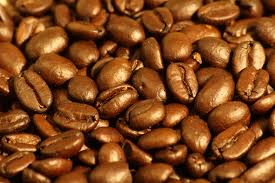 One of the most interesting things about my ongoing health and wellness journey is that without realizing it, I stopped using coffee and tea. That’s right. No caffeine. A few months ago this would have seemed laughable, if not downright ludicrous. No caffeine? As a single mother with an autistic child, coffee (and green tea) had become as essential as air—perhaps even more essential. I knew it wasn’t good for me, but I didn’t think I could survive without it.

It’s not like I’ve been a huge coffee drinker all my life. I survived law school without it—as well as without cordless phones, internet access, or email. How primitive does that sound? I began drinking coffee in Europe, after law school, and then with a vengeance when I practiced law. Black coffee was always available. I would drink several cups in the morning and switch to Diet Pepsi in the afternoon.

After several years I began to experience stomach pain and given my profession, my doctor assumed an ulcer. When he learned how much coffee I was drinking, he suggested I cut back. I quit cold turkey, and for two weeks, it was as if I had narcolepsy. I’d fall asleep without warning at my big rosewood desk and wake with a start, horrified to discover that I’d drooled on the client’s blueprints. Once it was over, I never looked back. I’d allow myself an occasional cup of coffee for brunch but otherwise drank tea on the days I needed a life. Coffee, I’d noticed now that I wasn’t drinking it regularly, made me jittery.

For over a decade I rarely drank coffee. But after Katie was diagnosed with autism, I began spending more and more time waiting during her therapy sessions. At first I simply read magazines. Eventually I decided to use the time more productively and write. I carried a notebook with me and began to frequent Starbucks and Peet’s Coffee & Tea. I discovered lattes didn’t upset my stomach, and from there it wasn’t much of a leap to justify purchasing a flavored latte and a breakfast sandwich so I could work and eat while Katie received therapy. I completed two drafts of my memoir in this manner, but my weight and blood sugar suffered.

About a year ago, I tried to cut back on caffeine and found that I couldn’t. I started making my own coffee at home with a French press and organic nonfat milk. I’d cut out the sugar, but not the caffeine. I argued this wasn’t bad for a single mom. I couldn’t afford two weeks of faux narcolepsy.

Now somehow, without even trying, I’m off coffee entirely. I started using the Isagenix 30-Day Cleanse and Fat-Burning System, and after the first week, lost the desire for caffeine. Interestingly I sleep better and wake in the morning feeling refreshed rather than groggy. I’ve stopped craving sweets. I’m also feeling in control of my eating for the first time in my life.

I know better than to say I’ll never drink coffee again, but I’m thrilled about this unexpected change—just one more in my unplanned life. If I can omit caffeine, just what else is possible?

Writer, Editor, Advocate, Speaker, Special Needs Attorney, and Autism Mom. Also the Founder and Chairperson of Autism A to Z, a nonprofit providing resources and solutions for life on the spectrum.
View all posts by Cynthia J. Patton →
This entry was posted in Cooking and Food, My Life and tagged Autism, Caffeine, Change, Coffee, Expectations, Food, Single Parent, Tea, Unplanned Life, Writing Life. Bookmark the permalink.

2 Responses to More Essential Than Air