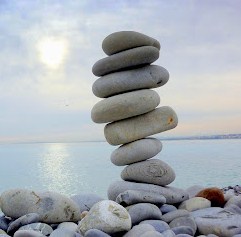 So yes, I met a guy—a smart, sexy, sweet man who, for lack of better words, rocks my world. He turned everything upside down the moment I met him, and he continues to do so on a regular basis.

After a string of amazing dates, a ton of late nights talking on the phone, as well as a few adventures that included my daughter Katie (more on this in a separate post), we realized Thanksgiving was approaching. What should we do?

Holidays were always difficult with my ex-husband. I’d ask what he wanted to do, and he’d claim he didn’t care. But when we did things with my family, he’d get annoyed after-the-fact and complain. Why did we always do things my way?

I’d offer to do the holiday the way his family had celebrated, but it never worked out. He’d say his mom made stuffing with sausage and chestnuts, but his sisters would argue no, she never made stuffing like that, and besides, no one had the recipe. So I’d go in search of an appropriate recipe, hunt down the foreign ingredients, burn my fingers roasting a pound of chestnuts, and make the exotic stuffing, only for him to suddenly remember that, umm, yeah, Patty was right. Mom never made stuffing like that. Why had I insisted on such a weird recipe anyway?

I could never win.

I should mention that just to complicate things in my unplanned life, the new guy shares my ex-husband’s name. They’re both Michael. I’ve already dubbed the current guy Michael 2.0, the new and improved version. He refers to my ex as version one.

Given my previous holiday woes, I was hesitant to ask Michael 2.0 about Thanksgiving. Before I could obsess about the issue, however, Michael 2.0 surprised me by asking if I wanted to go with him to his sister’s house for Thanksgiving. “Seriously?” I said.

“Yeah. She wants to meet you.”

I tried to decide what to say.

So it was decided. We’d celebrate Thanksgiving at his sister’s house. Until he discovered his sister wasn’t doing Thanksgiving this year. She was going to Arizona instead.

We briefly considered a road trip to Southern California, but both of us were too busy. Then my mother invited us. I wasn’t sure Michael 2.0 would want to meet my entire family, but he was game. So it was decided.

A few days later Michael 2.0 called and told me he’d been thinking about Thanksgiving. Oh no, I thought. Here we go. He said for the past several years he’d fed the homeless on Thanksgiving and he’d like to continue. Would Katie and I like to join him this year and make it a new tradition?

For a second I didn’t know what to say. I’d always wanted to do something like that, but my ex-husband would never consider it. Michael 2.0 said he knew a place in San Francisco where we could volunteer but he wasn’t sure how Katie would do on the train. I said I wasn’t sure either. Why not volunteer in Livermore? And since we were discussing new traditions, I’d always wanted to hike on Thanksgiving and celebrate the earth that sustains us.

So it was decided. Today Katie and I will get up early and take a gratitude flow class at my new yoga studio (more on this next week). Then we’ll meet Michael 2.0 and the three of us, along with the dog, will go on a hike. We’ll spend the afternoon volunteering at the Livermore Community Thanksgiving Dinner. Afterwards we’ll go to my parents’ home for dessert.

Michael 2.0 and I are thrilled. No stress and we both get to do things that are meaningful to us. The best part? The only dishes I have to clean are for the three loves of pumpkin bread I made.

Whatever you are doing today, have a wonderful and relaxing Thanksgiving.

Writer, Editor, Advocate, Speaker, Special Needs Attorney, and Autism Mom. Also the Founder and Chairperson of Autism A to Z, a nonprofit providing resources and solutions for life on the spectrum.
View all posts by Cynthia J. Patton →
This entry was posted in My Life and tagged Change, Dating, Family, Food, Gratitude, Holidays, Single Parent, Unplanned Life. Bookmark the permalink.

4 Responses to Rocking My World